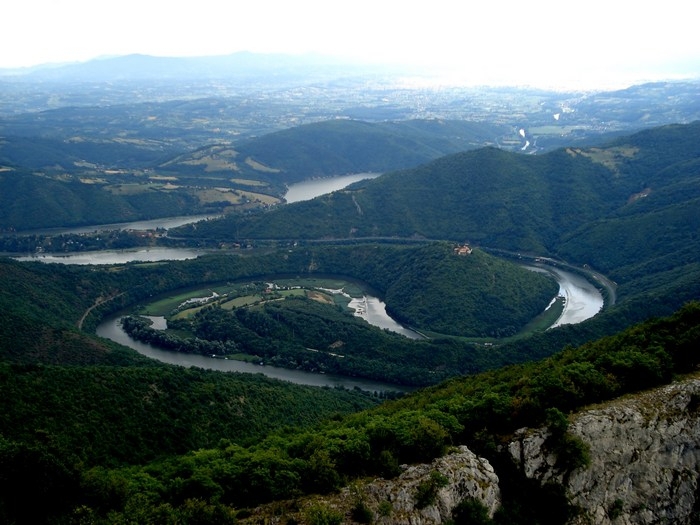 In one of the most beautiful gorges in Serbia, between Ovčar and Kablar mountains, there are ten monasteries. Those monasteries were established in 13th, 14th and 15th century and had significant role in keeping Serbian identity and spirituality. Monasteries are mostly raised and populated by Serbian monks from Athos, Greece.

One of the oldest monasteries in the Ovčar-Kablar Gorge is Monastery Nikolje. According to Vuk’s travelogue it had up to 300 monks. The time of its origin cannot be determined accurately.

The monastery is dedicated to the Presentation of the Blessed Virgin Mary. Monastery Vavedenje, according to legend, is built by St. Sava and St. Simeon, is undoubtedly one of the oldest in the area and dates from the second half of the 14th century. From the beginning of the Turkish occupation of Serbia, until the Great Serbian Migration in the late 17th century, Vavedenje was the main church of the Čačak region.

On the left bank of the Morava River is a monastery dedicated to St. John the Baptist, monastery known as Jovanje. It was built in the second half of the 14th century. Above it, on the hill there are the remains of the monastery Uspenje and Jovanje Castle – a medieval fortress that enclosed a monastery.

The program that is presented on web presentation is for informational purposes. We offer you the opportunity to create program best suited for your needs. Send us an inquiry with the desired destinations from the territory of Serbia, number of travelers, length of stay, mode of transport, accommodation and other services.

We will check the inquiry in the shortest possible time (within few hours) and notify you about possibilities, conditions and cost of arrangement implementation.

Contact us on info@tipotravel.com and get program of your choice.